The IFO index for the month of August stood at 107.5. It is its highest level since April 2012 (in February 2013 the index was at 107.4).
We see in the first chart that this rise of the German index is also found in the ZEW and PMI / Markit survey. The first two are well above their long-term average (0 on the chart), while the index of the PMI survey is just about it.
In other words, the dynamics of German business is robust. This is what reflects the second chart that compares the shape of the IFO and GDP annual change.
In the third graph we note that the two components of the IFO are in the upper right part. Each of these components is above its long-term average (0 for each axis) thus falling in the square on the growth of the German business.
In the last graph the retail sector shows that the manufacturing sector is more robust, the internal dynamics is growing, but the construction collapses a little more. This cocktail is interesting because it reflects an external environment that remained favorable to Germany via the manufacturing sector and a strong internal dynamics. This is good news for Angela Merkel just one month ahead of the general election in Germany. 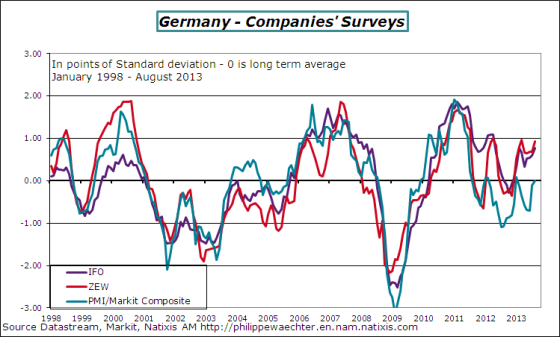 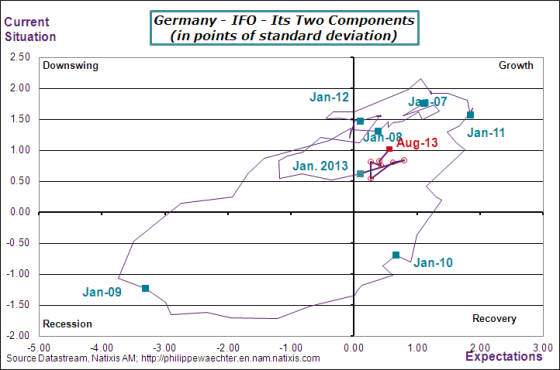